With thousands of cryptocurrency options to pick from, the world of crypto can be overwhelming. With every passing day, people are taking a lot of interest in the rollercoaster journey of cryptocurrency, especially Dogecoin. The people who invest in Dogecoin get rewarded and feel proud to be part of this fascinating crowd.

Some people decide to participate in cryptocurrency by the mining of Dogecoin. Why? It could be because of that adorable and soft Shiba Inu face you are seeing everywhere. Anyway, mining can be a bit intimidating for those who are beginners in the field, so this article will make it easier for them.

Dogecoin is known for being one of the more renowned meme-based cryptocurrencies around the globe. It was designed to be a fun currency that could be distinguished among other cryptocurrencies and appeal to an even wider audience than Bitcoin.

The birth date of Dogecoin was at the end of 2013 when two computer programmers Jack Palmer and Billy Markus started the cryptocurrency as an amusing joke. Both men thought that the cryptocurrency community was too serious. Therefore, they came up with a brand-new cryptocurrency featuring the cute Shiba Inu animal as the symbol to ridicule the frenzied and moon-chasing crypto-crazed players of the moment. In addition, the founders set out to attract people who were not part of the mainstream and did not have a fascination with cryptocurrency.

The cryptocurrency that was created as a joke was more than an asset that can put a smile on your face. The applications behind it expose the more complex and socially conscious side of Dogecoin.

The Dogecoin became famous within a short time and was utilized for resonance charitable donations, such as supporting those who support the Jamaican Bobsled team for the Olympics or the construction of drinking water sources in Kenya. In addition, it became an extremely trendy currency for Reddit users as they utilized comical coins to reward each other’s content.

What Is a Dogecoin Miner?

A Dogecoin miner is a device that the participant nodes within the Dogecoin network utilize to perform the mathematical calculations required to verify and confirm the inbound transactions on Dogechain, which is the cryptocurrency’s base Blockchain.

What are the Best Dogecoin Miners Out There?

There are many kinds of Dogecoin miners. You can begin mining Dogecoin on your laptop or computer you are currently using. Contrary to Bitcoin mining, Dogecoin isn’t very computationally demanding and allows computers with basic computing capabilities to mine DOGE and earn an income.

Dogecoin mining can be done using various kinds of hardware which include:

While it is possible, it’s not recommended to utilize your work or personal computer to mine Dogecoin because the process is known to overload the components of the computer, specifically the central processor (CPU). The processing of Dogecoin’s CPU could cause the computer to overheat and diminish the lifespan of the computer over time.

An excellent starting point if you’re interested in CPU mining is the CPU miner.

While CPUs can be powerful enough to take on the strain of mining, DOGE GPUs are better because they’re more powerful and more optimized.

Dogecoin operates using the Scrypt algorithm that is the same as Litecoin. Scrypt ASIC miners are the best hardware to mine DOGE since they were specifically designed for the objective of mining cryptocurrency which uses Scrypt algorithms. If you can afford it, you should consider purchasing an ASIC miner as it’s more profitable than the GPU.

Other Things to Consider When Choosing a Miner

It is important to remember that regardless of the method you select for mining Dogecoin, it is important to be sure to take your setups – such as storage requirements and temperature control into consideration. To sum up, keep in mind these points:

Mining can result in overheating, which decreases the lifespan of your equipment. Setting up cooling settings for your mining equipment is essential. Be aware that cooling requirements differ according to the model of the device, but GPUs generally require more cooling than other miners.

Keep in mind that ASIC mining machines can be quite loud, especially when you’re running multiple devices.

Be sure to consider where you’ll set up your equipment before you purchase the devices. ASICs should be placed in a room that is cool and soundproof or enclosed.

How to Mine Dogecoin

Make sure your computer has an open Internet connection and enough power to match the demands of your miners before you begin mining Dogecoin.

First and foremost, you must have the appropriate mining equipment.

Once your hardware is fully set up, you need to locate the appropriate software and download it. Mining software is quite simple to install, but make certain to choose the one that works with your GPU as well as your ASIC mining machine.

The account will be where all your money is stored, so ensure to keep it safe by writing down the key phrase and keeping the personal key in a secure location. Additionally, your wallet must be able to accept Dogecoin.

After everything is set, you can run the mining program and see your DOGE stacks increase. The mining program should provide you with an overview of the amount you’re making each hour. You can also become a member of a mining group or join cloud mining services if one of these is your preferred option.

Dogecoin, like other proof-of-work (PoW) cryptocurrencies, is mineable with different methods, depending on your resources and budget. They include:

Before you dive into Dogecoin mining, it is important to be aware of what you’re getting yourself into. One of the first things you must know is that cryptocurrency is highly unstable. It is possible to make 300 DOGE in a single week, which is about $60 at the time of writing. In the next week, your DOGE might be worth nothing, just the value of a $5 note. These are other things you need to think about:

Wear and tear on your hardware

Mining requires that your laptop run continuously for long periods, which can impact the longevity of your laptop’s internal components.

Laptops with powerful GPUs generally don’t have the most efficient battery life. This means that it will need to be on throughout the day. Take note of how this will impact the cost of electricity. It can impact your profits.

Dogecoin is not as environmentally damaging as Bitcoin and Ethereum. DOGE utilizes 0.12 KWH energy for each transaction, while BTC and ETH consume 707 and 62.56 hours per transaction and 62.56 kWh, respectively. But mining isn’t eco-friendly, so you’ll need to keep this in your thoughts.

If you decide you’d like to build a mining machine and have secured a couple of GPUs, it is important to know that there’s an insufficient supply of graphics cards because of the growing popularity of crypto mining.

Nvidia is upset that crypto-savvy gamers are purchasing every one of their GPUs that prevent their main customers (gamers) from safeguarding their product, and so the gaming giant has implemented limits on cryptographic transactions on certain graphic cards. This significantly lowers their mining efficiency.

Many miners see Dogecoin mining to be more of something to do for fun rather than a profitable business. But, generating those fun coins is a good beginning if you’re looking to understand how the entire process is carried out.

Hope you’re aware of the best way to make Dogecoin. While it’s not profitable at present, it is contingent on personal circumstances. Also, things can change if Dogecoin prices go up! 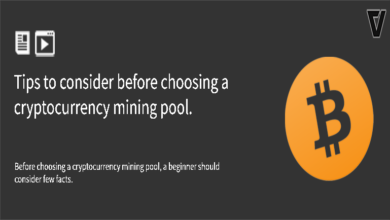 Tips to consider before choosing a Cryptocurrency Mining Pool. 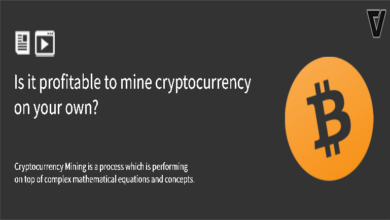 Is it profitable to mine cryptocurrency on your own? 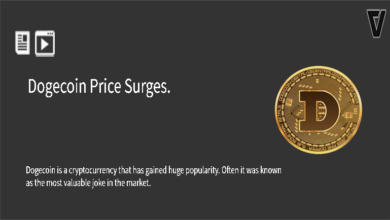