On the last 23rd of March 625$ worth of cryptocurrency hacked from Ronin, the blockchain. Ronin is a sidechain, or parallel network, to Ethereum. Sky Mavis, the company behind the wildly popular play-to-earn game Axie Infinity, created Ronin in 2020.

This incident is one of the biggest hacks in history and also can be considered the biggest Defi hack ever. Hack exploited 173,600 Ethereum and 25.5 M USDC.  This hack affected Ronin validator nodes for Sky Mavis, the publishers of the popular Axie Infinity game, and the Axie DAO. This incident was noticed by sky mavis 6 days later when someone could not withdraw 5K worth of Ethereum.

Hack is based on 51% attack. Meaning hacker needed more than 50% of nodes to execute an attack. In ronin 5/9 validators need to verify a transaction.

According to Etherscan, the hacker “used hacked private keys to generate fraudulent withdrawals” from the Ronin bridge over two transactions.

The Ronin attacker’s Ethereum address is a new address that transferred ETH from the Binance exchange a few weeks ago.  Below figure shows the address details. For more details visit this link.

The hack is the latest example of how problems frequently beset bridges. Many people’s computers code is not audited, allowing hackers to exploit flaws. It is not always apparent who runs them or how they operate. Validators’ identities, which are intended to order transactions on bridges, are frequently unknown. Thousands of bridges exist, transporting hundreds of millions of dollars in cryptocurrency.

If we look into what happened to this stolen money. Most of them are still intact. According to a tweet by Wu Blockchain, the hackers have transferred 1,001 Ethereum ($3.5 million), to another Ethereum wallet. This was around the first week of April.

Besides these tweets mention the amount, another 2000 Ethereum ($7 million) moved to Tornado cash.  But 3000 total Ethereum which moved lately is relatively small compared to the 173,600 Ethereum which got stolen.

As a remedy for the issue Wednesday (6th of April 2022) sky mavis raised $150 million to reimburse user funds. This was led mainly with the help of Binance.  Beyond this remedy Sky Mavis promised to use Sky Mavis and Axie balance sheet funds to cover the losses.

Currently Sky Mavis work with law enforcement to recover the stolen funds and continue the investigations.

But the community has lost its faith in the Axie infinity. Because of this the daily volume of Axie transactions has fallen in number and value since last year. Beside these aftermath price of Axie token and Ronin governance token has fallen down. Axie token fell 15% compared to its peak moment in November 2021. Ronin token down 50% since token was first rolled out in January.

“These are the players that deposited their funds into the Ronin network, and who trusted us, and we failed to live up to that trust.”

If we analyzed where Sky Mavis got it wrong after as the conclusion of the article, to accommodate more transactions they have moved from decentralized Ethereum to cheaper centralized version called Ronin which only had 9 validators at the time of hack. So, this is the main reason for the exploitation and losing faith in the Sky Mavis from the community.

To prevent future attacks Mavis replaced its former validators and is planning to expand validators from 9 to 21. Previously, five out of nine validators were required to sign off on Ronin transactions and now the network requires 10 out of 11. The business is also considering implementing a circuit breaker method. Thus, it will help to monitor if too much money is pulling from the Ronin network at any given time. If that happens validators will shut down the bridge to validate the transaction.

We hope the above-mentioned preventative measures will help the network to progress in the future. But it’s also better to keep in mind that centralized networks are not the best and safest solution.

Hi, I'm a software engineer in profesion who likes to explore different aspects of new technologies. I like to work on domains such as AI,ML,DL,vision,nfts, crypto and metaverse. If you like my work contact me by googling my name:D 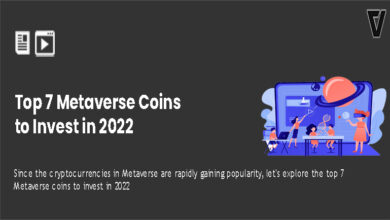