We at vpsfix.com have been using Ubuntu 16.04 for our server setups for few years now. But with the EoL of Ubuntu 16.04 closing in on April 2021, we’ve decided to move to Ubuntu 18.04. As should our readers. This tutorial will show you how to install Virtualmin with Nginx on a Ubuntu 18.04 server.

Although this tutorial is still working, there is a newer version of the tutorial available with Ubuntu 20.04 which gives latest software such as Nginx v1.20, MySQL v8 and PHP v8.0. It is recommended to use that tutorial instead. VPSFix.com won't be testing this tutorial from hereon.
Virtualmin Nginx on Ubuntu 20.04

Ubuntu 18.04 ships with slightly newer versions of software including Nginx 1.18 and PHP 7.3. But in this tutorial, we will be setting up PHP v7.4 as the default version of PHP for websites with ability to have all major PHP versions. This can be easily done thanks to Virtualmin.

We’re dropping MariaDB as it has many incompatibles with our setup. It’s simply not worth the time to make it work at this time. So let’s get started. First step is obviously get a VPS that can house Virtualmin and all other software. We recommend a 2GB RAM server as the minimum and 4GB RAM server for best performance. But please note that amount of server resource you will need depend on your website. Please head over to our recommended unmanaged VPS providers list and get a server with Ubuntu 18.04 as the operating system. Once you have root access to the server, you’re ready to install Virtualmin with nginx on Ubuntu 18.04.

I’m going to assume you already know how to login to your VPS using SSH. Let’s start by setting up a proper hostname for your Ubuntu 18.04 VPS. With that completed, let’s move on to building the server.

We will also add ondrej/nginx PPA to the system so we can get the latest nginx version.

The script will try to install Apache2 as the webserver. So we will manipulate the install command to skip that and tell Virtualmin to build our server with Nginx instead.

You’ll be asked to confirm the action. Confirm it and Virtualmin installation will begin. It’ll take few minutes for the installer to complete. It’ll setup Nginx v1.18, PHP v7.2 and MySQL v5.7 on the server. You’ll be asked for permission to a swap file if your server has less than 1GB of RAM. You’ll be greeted with following message on your Putty screen when Installation completed.

If you have noticed earlier, Virtualmin installs PHP v7.2 during the installation. But PHP v7.2 is considered outdated now. So, we will install PHP v7.4 alongside it and set v7.4 as the default version for websites. This will allow us to use both versions on our server. It’s especially helpful for software that doesn’t support PHP v7.4 yet. Following command will install PHP v7.4 with some commonly used modules.

Now you need to make sure server is using correct PHP version for the command php. If your php application requires setting up cronjobs, this step is mandatory, or your application will misbehave.

Above command sets PHP v7.4 as the default PHP version for command line.

It’s possible to have more than one PHP version installed on your server. Please read How to use multiple PHP versions with Virtualmin and Nginx for more information on that.

MySQL comes with some dangerous default settings. This section only focus on securing those. There are more to securing a MySQL installation than this. But running this simple command and following on-screen instructions will give you some comfort that your databases are secure. My input for the first question is a No and Yes to everything else.

You’ll be taken to the Virtualmin Post-Installation Wizard after the login. It is pretty self-explanatory, just remember to select MySQL/MariaDB as database server and Only store hashed passwords as password storing method. You’ll be good with default selections for all other steps.

You’ll be given an option to check Virtualmin configurations after the Post-Installation wizard. Click Recheck and refresh configuration button to check your server for errors. The most common error I’ve encountered was system is not setup to use itself as a DNS server. If everything goes well, you’ll be greeted with .. your system is ready for use by Virtualmin.

This concludes Virtualmin and LEMP installation for now. But there are few more things you need to do to make sure your server has optimal configuration to host websites. I’ll guide you through them on Virtualmin Post-Installation Configuration and Server Optimization tutorial. 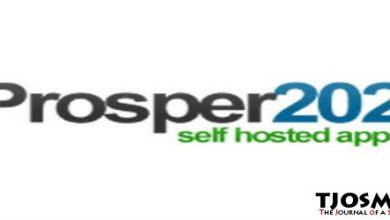 How to Install Prosper202 on Nginx powered VPS 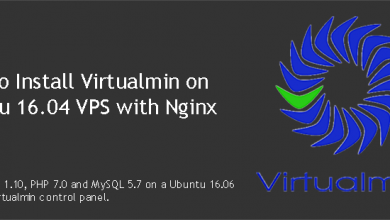 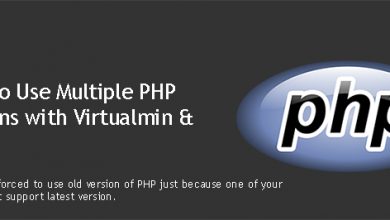 Use Multiple PHP Versions with Virtualmin and Nginx 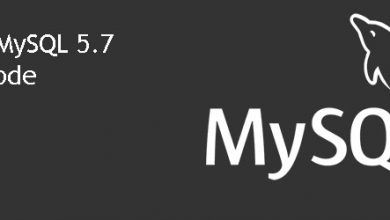